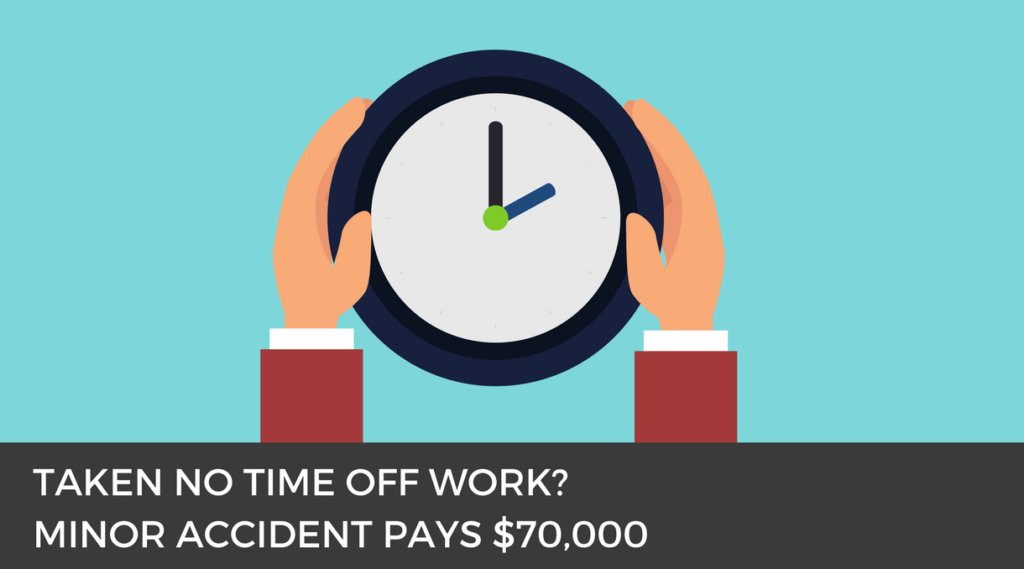 On 4 April 2004, Ms Whitney was leaving Carindale Shopping Centre, QLD on a Sunday afternoon. When driving out of the shopping centre car park, she stopped to ensure it was safe to continue out of the car park. Ms Whitney was wearing her seat belt, leaning forward and had her head turned looking to her right to give way to cars which came quickly around a sharp corner. Another driver, exiting the carpark, crashed into Ms Whitney  in what was described as a “substantial impact”. As a result of the accident, Ms Whitney suffered injuries to her neck and lower back which continued to persist. Two days after the accident, she went and saw her doctor and had a number of days off work, which were already planned as she had a pre-booked surgery. After her surgery, she saw a physiotherapist on a number of occasions and was treated for her neck and lower back symptoms. At the time of the accident, Ms Whitney was a legal secretary. At the time of the trial, Ms Whitney was studying for a law degree and was halfway through that course.

The other driver’s third party insurer, Suncorp ran the case that Ms Whitney’s description of her injuries were a sham and that the ongoing problems were so minor they could not be related to the motor vehicle accident. The issues of the case involved questions in relation to Ms Whitney’s credit as to what, if any, problems she continues to suffer as a result of the motor vehicle accident and the potential loss to future earnings.

Injuries from the accident

The Judge formed the view that Ms Whitney was a reliable witness and that she continues to suffer some continuing pain in her neck and lower back as a result of the motor vehicle accident. Another issue involved in the case was the severity of the impact. Suncorp relied on evidence provided by their 2 doctors, Dr Reid and Dr Good. Both doctors agreed that Ms Whitney experiences some pain, although they did not think it was from the motor vehicle accident. Dr Reid thought that...

injuries in a young person after a minor motor vehicle impact were not permanent.

The Judge did not think Dr Reid placed enough weight on the position of Ms Whitney when the injury occurred. Ms Whitney was leaning forward, looking to the right whilst wearing a seatbelt and being unaware that the injury was about to occur. The Judge relied on Ms Whitney’s doctor, Doctor Todman who after researching whiplash injuries said:

“The research on whiplash injuries shows that they can arise as a result of rear-end impacts at speeds as low as 4 kph and other factors such as the person having her head turned to the side and being aware of the impact increase the risk of injury. It is also common for the symptoms to not be immediately apparent.”

The Judge found that the impact was of moderate force (greater than that said by Dr Reid) and agreed with the research referred to by Dr Todman.

Another issue in disagreement was the question of loss of future earnings. Suncorp raised the question, whether her injuries would affect her employability and work as a Solicitor. The Judge considered a number of factors such as:

The Judge felt that these factors and the fact that Ms Whitney has continued her studies as well as work suggest that it is unlikely her injuries would affect her working as a Solicitor. The Judge found that her injuries wouldn’t cause her major problems and awarded her a global assessment for future loss of earnings in the sum of $60,000.00. Ms Whitney's total award was $70,009.60.

The decision of the Court with respect to low speed accidents and the severity of impacts is of great importance to people involved in what are classically labelled ‘minor motor vehicle accidents’. This decision can be relied on to prove that other factors need to be taken into consideration when an injury occurs for example what a person was doing at the time of impact:

All of these factors need to be taken into account when determining the severity of the injury. The global amount for future loss of earnings awarded to Ms Whitney in the sum of $60,000.00 has set a bench mark for future claims. Typically in cases the award for loss of earnings for future loss would be worked out by a mathematical calculation. That is a loss per week. Where that is not possible global awards are made. If, like Ms Whitney, for some reason you have not had any time off after an accident which is the case for many people that can’t afford not to got to work due to personal and family commitments this decision and the global sum of $60,000.00 awarded is particularly favourable. Where the injuries are classified as ‘minor’ the value of global damages for loss of future earning can be substantial.

The graph below shows the severity of injury claims for the period 1 July 2007 to 31 December 2016. As you can see injuries in the minor severity make up 71.3% of the total claims. As a result, this decision is particularly favourable considering the large percentage of claims that fall within that category.

This decision is a positive outcome for people that are involved in what is classically described as ‘minor motor vehicle accidents’. Where it is not possible to calculate loss of earnings for future loss (i.e. that is a loss per week) global awards are made which is an amount of money to compensate a person for the time they may need to have off in the future as a result of their accident related injuries. Whitney v Whiteaway is an important decision and one to be relied on if you are in this situation.