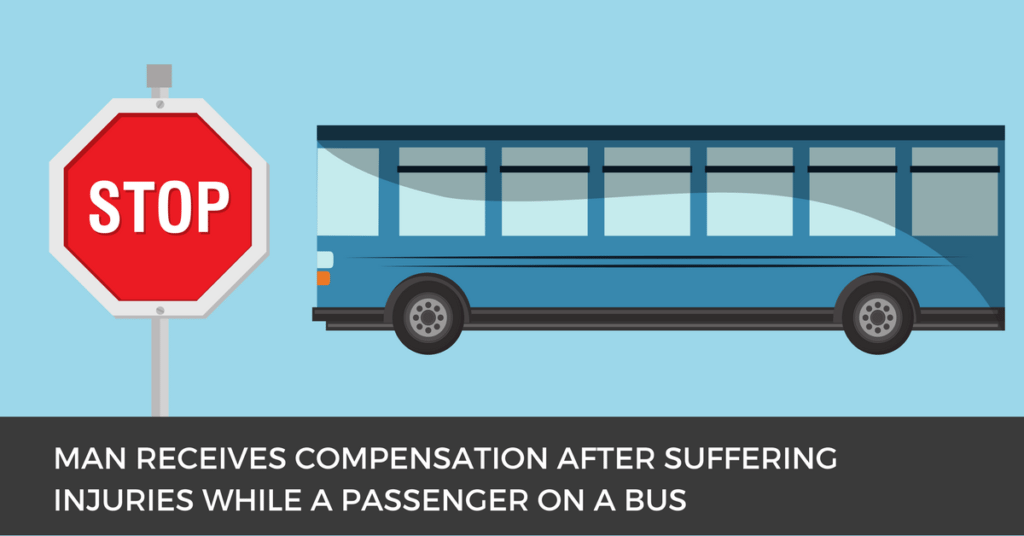 Daniel Crowley was holidaying on Fraser Island in mid-2000.

On 9 August, Daniel was travelling on a bus heading off the Island when it unexpectedly hit potholes in the road. Daniel was thrown from his seat, landing awkwardly on his back. In the accident, Daniel sustained a compression fracture in his lower back. Below is a graph of bus occupant hospitalisations by State/Territory in the 1990 to 1998 period. In a trial, there are two items that need to be considered

The insurer for the bus admitted fault for the accident so there was no issue there. The only thing in dispute was how Daniel’s injuries impacted on his earning capacity as a sheet metal worker.

One of the doctors Daniel saw for his back injury said his future prognosis was unpredictable.  He said that heavy lifting would be difficult for him.  He also said Daniel would develop degenerative changes in the joints in his lower back over the next 5 to 10 years.

“80% of people who sustain a compression fracture of the lower spine do very well.  They have no significant long-term problems and get back to full activities.  About 20% have long-term intermittent pain and are not fit for full strenuous sporting or working activities”.

Daniel left school at 17 and did a four-year apprenticeship as a sheet metal fabricator and welder.  After finishing his apprenticeship he remained working with the same company for about another 12 months.

He worked for other companies in the same professional for another 12 years or so.  Before taking a 12-month overseas holiday in mid-1999 he was employed by Alan Perrott Manufacturing for a little over a year.

On returning to Ireland, on medical advice, Daniel decided not to continue as a sheet metal worker because of the heavy manual work involved in that occupation.  He then did a 6-month course in computer-assisted drafting.  When he finished this course, he did a 2-year architectural drafting course.  He started working for as a junior piping technician during the 2nd year of this course.

After 12 months in that job, he started working for ESI Technologies. Daniel was good at what he did and well regarded by his employer.

There was no suggestion that his position was insecure or that he would have any trouble finding another job as a piping design engineer if he chooses to do so. Daniel’s dispute is that his actual earnings and his future earning capacity had been and will be reduced as a result of him not being able to continue in employment as a sheet metal worker.

The insurer was of the opinion Daniel had overstated his actual and potential earnings between his past and present occupations.

Daniel relied on the evidence of his employer, Mr Alan Perrott, one of the directors of Alan Perrott Manufacturing.  Mr Perrott said that Daniel was a valued employee and that his position was being kept open for him.

When Daniel failed to return, Mr Perrott put on another employee (Mr Cousins) to take Daniel’s place. Mr Cousins had less experience than Daniel.  Mr Perrott said he was a less valuable employer because he lacked the initiative and skills in dealing with customers.

Because of this, his wage was less than Daniels. The Solicitor’s for the insurer attempted to cast doubt on Mr Perrott’s evidence about Daniel’s earning capacity.  They referred to the lesser wage paid to Mr Cousins who took Daniel’s place and did the same job.

They also tried to argue that within a four year period, Daniel’s income from ESI Technologies would equal the income he would have received as a metal worker. The Judge accepted the evidence of Mr Perrott -

​"﻿...that there would have been material difference between the wage paid to Mr Cousins and that paid to Daniel. This being that Daniel was much more experienced as well as being generally more valuable to Mr Perrott's business. "

​"﻿...that Daniel can expect a wage increase this year in the range of 8 to 10% and that in about 3 - 4 years he is likely to have the status of a senior piping design engineer with a wage increase and performance and marketing condition which would warrant payment of a bonus scheme"

Daniel was awarded compensation to reflect the impact his injuries had on his future earning capacity.

Daniel’s case was successful because he was able to obtain credible evidence from his employers.  They supported his argument as to why his wages were reflective of his experience and the fact that he was a valued employee.  They also provided evidence to support his progression within the industry (i.e. wage increases and prospects of promotion).

This decision reinforces the importance of obtaining evidence from co-workers, supervisors and third parties (i.e recruitment agencies) as to how your injuries have impacted on you as an employee and your future earning capacity.  It is important to obtain evidence about potential missed out opportunities (i.e. pay increases and promotions) as to the likelihood of progression within your field of employment. By not having this evidence to support your claim for future economic loss, you may miss out on the correct amount of compensation for the impact your injuries have caused on your future earning capacity.