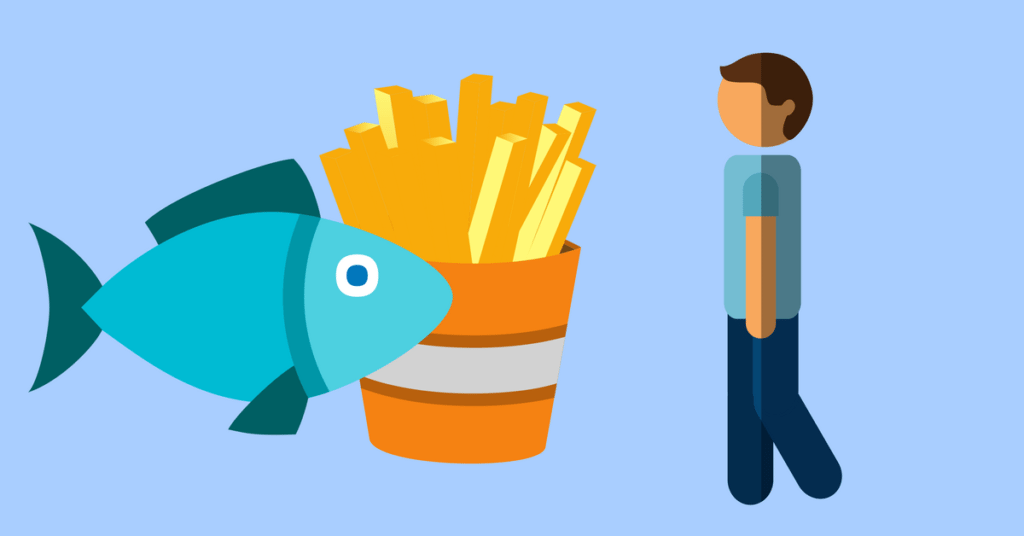 Man trips grabbing fish and chips and gets $360k

From a very early age, we are all told, “watch where you are going” by family, teachers, people we know and trust.

But mistakes happen and sometimes we simply cannot avoid hazard in our path. Take, for example, hazards at night. We have pretty poor night vision and rely heavily on artificial light to illuminate our homes, streets and paths so we can see where we are going. But that too has it's limits.

So, whose fault is it when you can’t see where you are going in the dark, trip over something and injure yourself?

This was explored in a recent case (Greater Shepparton City Council v Clarke), where a man fell over and suffered significant injury after running into a storm water drain in a poorly lit reserve park.

Let me introduce you to Steven Clarke.

Steven* was a 53 year old, divorced father of four.

He loved his kids and worked hard to give them a bright future, taking on many jobs to make that a reality. He worked as truck driver, panel beater, spray painter and once as a drag racer.

He lived in the picturesque, regional town of Shepparton, Victoria.

Steven was looking forward to his retirement.

I can't wait to have some more free time to do the things I love such as working on cars and heading to the pub with my mates.
I have worked hard all my life and now I can give myself the opportunity to relax.

All was on track on until...

Steven tripped over while walking to get fish and chips.

It was about 8pm on 14 September 2008 and Steven decided he wanted fish & chips for dinner. Instead of driving to the shop as he usually did, he decided that he would walk down and back this time.

Steven set out on the short walk to the shop and decided to cut through the park on his way.

He hadn't walked through the park before. But, just like most people, Steven didn't even think about the possibility of a hazard ahead. Despite it being not very well lit, the park was quite flat, regularly mowed and there were many people around.

As he was crossing the road, a car came along towards him, so he picked up his pace into a jog to cross the road safely.

All of a sudden he was heading face first into the ground.

His feet had gotten caught on something. It all happened so quickly he didn't have time to catch his fall.

Steven had tripped on a stormwater drain that sat about 12- 13 cm above the ground. It was poorly lit area and Steven just didn't see it.

As a result of his fall, Steven sustained:

Steven was angry. His accident had left him with a permanent disability.

He now requires a walking stick and wears a back brace and knee brace, lives in constant pain for which he takes a variety of powerful painkillers, and faces a full hip ­replacement and possible knee reconstruction.

Steven required and continues to require considerable help from others. He maintains a good relationship with his ex-wife who prepares all his meals, cleans up after him and does his washing. On ‘bad days’ she even assists him with showering and toileting.

His medical expenses were skyrocketing and knee and hip surgery aren't cheap. Steven's relaxing retirement was out the window. He would need to continue to work to afford his growing medical expenses.

Steven brought a claim for damages against the Greater Shepparton City Council who was responsible for the care and maintenance of the pit and park.

The graphic below is from the Federal’s Government agency, the Australian Institute of Health & Welfare, and show that falls accounted for nearly double the number of hospitalisations than traffic accidents.

More interesting is that other statistics show that the average number of days in hospital for an injury from an accidental fall was almost 4 times as long as one for an injury from a traffic accident. The cost of that additional hospital stays alone would be astronomical. What is the Civil Liability Act 2002

The Civil Liability Act is a piece of legislation put in place to guide the law of civil liability for negligent acts. Simply put, it gives those who are a victim of a negligent or hazardous action (such as placing a raised storm water drain in a park) access to a form of compensation for their lost income and pain and suffering.

Claims against councils are notoriously difficult to run.

This is because section 45 of the Act provides greater protection for councils in their capacity as "road authorities" against claims for negligence in specific circumstance. That is, the council has to have had actual knowledge that the hazard existed for a claim to be successful.

Proving that the council knew about the hazard is often easier said than done.

For Steven to win his trial, he had to prove that the Council knew or should have known about the hazard.

And that they failed to do anything to remove or reduce the risk of storm water drain.

Steven had to prove three things: 1. Did the council owe him duty of care?

First, Steven had to determine whether the council owed him a duty of care. Simply put, this is the responsibility of the council to ensure that Steven is safe when walking on their footpaths or driving on their roads.

The Council was responsible for maintenance of the park and road that Steven was walking on. As a result, the judge believed that they owed Steven a duty of care.

"As the authority with those responsibilities, the [council] owed a duty to take reasonable care to keep pedestrian safe using the reserve, including [Steven].

2. Did they know about the hazardous drain?

Now that Steven had established that the Council owed him a duty of care, he had to determine that the council knew or should have known about the hazard that the drain presented.

Typically, a claimant like Steven would look into whether the council has received any previous complaints. This would clearly tell the courts that the council knew about the hazard.

But unfortunately for Steven, there were no complaints from the public about accidents involving the drain. So, how did he prove the Council knew about the drain?

He got evidence from the council workers that common sense would have told the council a hazard existed.

Mr Harford, the parks and gardens coordinator for the park, said that council officers would work at the reserve 6 - 8 times a year.  He stated that he had walked over the reserve a number of times, and did know that the stormwater drain was raised about 12 or 13 cm above ground level.

Mr Harford agreed that the reserve had no lighting, and pedestrians at night would have very little opportunity to see the stormwater pit.

He confirmed that the drain would constitute a tripping hazard at night.

The Judge believed that regardless of the fact their had been no known complaints on the drain, the Council knew the drain was a risk.

3. Did they do anything to reduce the hazard?

Part of Steven's argument then relied on him determining that the council failed to remove or reduce the risk of the drain.

The court believed that the council could have very easily and cheaply reduced the risk by increasing the dirt around the drain so it is flush with the ground, painted the drain another bright colour or placed warning signs around it.

Instead the Council did nothing.

He was able to prove that the Council knew about the hazard and didn't do anything about it. This is particularly impressive as most complaints against councils are difficult to prove.

“I conclude that the [Council] was in breach of its common law and statutory duties as road authority and infrastructure manager by failing to take precautions in response to the hazard caused by the raised stormwater pit. Had any precautions been taken, [Steven's] fall and his injuries would have been avoided.” While his retirement will not be the same as he had dreamed, at least he wouldn't have to worry about how he was going to pay his bills.

Claims against council are difficult to run but this case proves they are not impossible.
It is important to establish that the council knew or should have known about the hazard.
This can be done by looking into complaints made by other members of the public or getting evidence from council workers themselves about how they conduct their site inspections.